Have You Received a Traffic Ticket in New Jersey? Are You Worried About Losing Your License or Going to Jail? 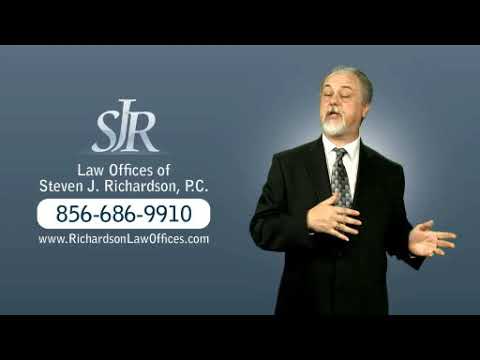 Driving in Gloucester, Camden or surrounding counties should be like eating or sleeping; something you do because it is necessary and useful. But when a routine ride is suddenly interrupted by blue flashing lights and you see the police officer approaching in the rear-view mirror, your first question might be: Why me? Immediately followed by: What is it going to cost?

It isn't just your routine that has been burst. Most people in New Jersey would readily pay the ticket and be done with it, accepting that rules are necessary, especially on the road. But the system doesn't work like that. Paying the ticket means you are guilty, and this could have serious consequences.

You made a rather sudden maneuver to exit the highway and got caught for careless or reckless driving; does it mean you should go to jail?

Today's traffic violations are often unjust and harsh, without any proportion to the committed offense. Let's look at a few examples:

Steve Richardson Will Fight For Your Rights and Your Future

As a New Jersey attorney with 15 years experience in the New Jersey traffic courts, I know the ins and outs of the area courts and what you can expect from certain judges and prosecutors. I have helped innumerable clients in moving violation cases like:

Having made a mistake doesn't mean your case is lost. Your case is lost if you pay the fine and do not look at the numerous possibilities to control the damage.

A very close look at the various steps of your DWI/DUI arrest, the probable cause for the stop, the documentation for the breathalyzer or the radar unit, the police officer's training, the possibility of a plea bargain, and many other elements influence the case and will create an opening to reduce or eliminate, if not the fine, at least the financial and criminal charges. Please call me today at 856-432-4113 or send an email to schedule an appointment for a free discussion of your case.

Fill out the quick contact form below to schedule a case consultation.