Do You Have to Consent to a Blood Test in a NJ DUI? 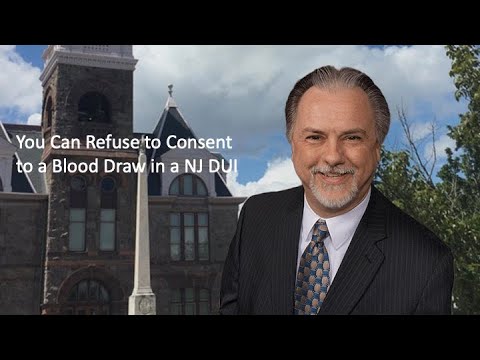 You Can Refuse to Consent to a Blood Draw in a NJ DUI!

If you are arrested for drunk driving in New Jersey, the police have two different ways to discover your blood alcohol content (BAC): Breath samples and blood samples. If you refuse to provide the former, you will be charged with a Refusal, which carries the same penalties as a DUI. But what about blood samples?

Yes, you can refuse to give a blood sample voluntarily, and even better, doing so does not bring separate charges against you. The downside is, the police can take it by force.

Can They Take My Blood by Force?

When taking a blood sample forcibly, the police need to behave in a reasonable manner. They must show that the force used was reasonable under the totality of the circumstances. This is because the law tries to strike a balance between the charges being investigated and the evidence being sought.

For example, there is a difference between someone arrested for DUI because he/she was weaving in the road, and one arrested after an auto accident with fatalities. In other words, how vital is it that this evidence be gathered in the case?

If the police obtain a warrant first (which isn't required for blood draws) then presumably the judge has already done the balancing test. But that doesn't mean it can't be challenged later at trial.

The bottom line is that you can refuse, but the police might still succeed in taking it from you by force. On the other hand, you might be able to challenge the use of that blood test against you if you can show at trial that the police didn't act in a reasonable manner.

Don't Assume You Don't Have Defenses to a DUI

Another important thing to bear in mind is that you can fight back when it comes to drunk driving charges, not only at the time of the blood draw, but later in court. You may well have one or more defenses that could beat the charges or force the state to plead down to a lesser one.

There are some tickets that you can handle yourself (e.g. speeding), but drunk driving is not on of them! If you have been charged with a DUI here in New Jersey, you need to hire a lawyer! The consequences of conviction are just too great!

I Can Help You Fight the Charge!

I don't take every case that comes to me. But if you were arrested and charged with a DUI in Gloucester, Camden, Burlington, Salem, or Cumberland County, you know you need to hire a lawyer for your case, and you want to make an investment in the level of representation that you need, then call my office immediately at 856-432-4113 or fill out my contact form to schedule an appointment to discuss your case! You will thank yourself later!