Should You Own or Rent Your Home in New Jersey? Which is Better for Your Financial Freedom? Discover the Answer in This Episode of the Podcast! 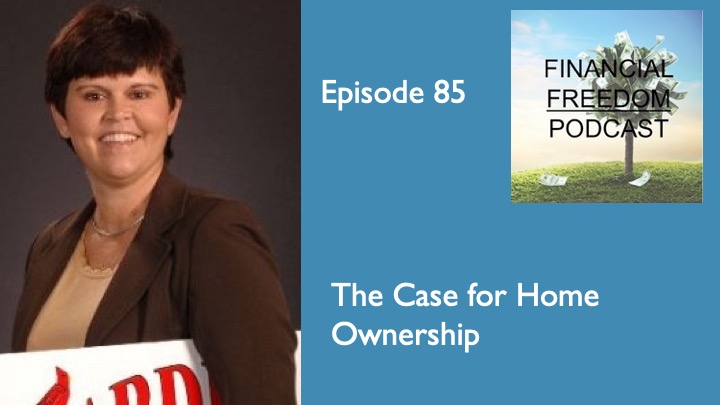 Home ownership has, for decades, been the “American Dream.” It gave people a financial goal to work towards, saving their money for a downpayment and trying to get their credit up to a point where they could qualify for a mortgage. In many ways, it has also become a bit of a status symbol.

But lately, the Millennial Generation has been questioning the wisdom of this and saying it is better to rent, rather than own, and tie up your money in a downpayment. But are they right? Is it better (and financially smarter) to rent these days rather than own? To get a realtor’s perspective on this I spoke with frequent guest Lynn Stambaugh of Cardinal Real Estate Services here in Woodbury, NJ, on her thoughts as to which is better and why.

The math discussed in this episode goes by rather fast, so here are the numbers we discussed:

A home is purchased for $500,000, and then sold 9 years later (the average time people stay in a home). The presumption made is that it will appreciate by 6% over that time to $844,739 in 9 years for total gain of $344,739. The authors of Quit Like a Millionaire assume the following costs of ownership to be spent over that time:

The authors deal with national averages, so let's see what the numbers would be here in southern New Jersey.